Gothic Palace, near the Frari Church, was built in the late fourteenth century by Carlo Zeno, “Capitano da mar”, a hero in the Chioggia’s war waged by Venezia against Genova. 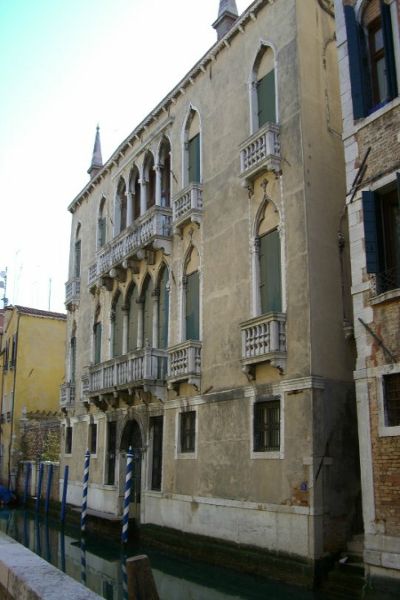 The fine gothic facade of the palazzo overlooking the canal of San Stin, has been preserved intact, and is surmounted by elegant obelisks dating from the seventeenth century. The Palace underwent various alterations over the centuries the most important and far-reaching of which was the work of the architect Antonio Gasparri who was engaged by Alessandro Zeno who had been ambassador of the Serenissima at the court of the King Louis XV at Versailles.

Alessandro, probably influenced by the splendors of the French court, decided to add a new wing to the antique palazzo, giving onto the courtyard. The interior decoration was renovated in a sumptuous manner. All the rooms of the palazzo, in fact, are frescoed or decorated with stuccoes by the greatest artists of the period such as Antonio Pellegrini, Jacopo Guarana, Abbondio Stazio and Amigoni.

At the Gothic Palace, Symbolic wedding can be held on the ground and it is the ideal place for a luxury wedding reception up to 200 guests. Don’t miss the chance to celebrate your wedding at one of the most characteristic spot in Venice lagoon.