The Finest Orvieto Castel is situated on a hillock, a few kilometres south of Orvieto, close to Porano. 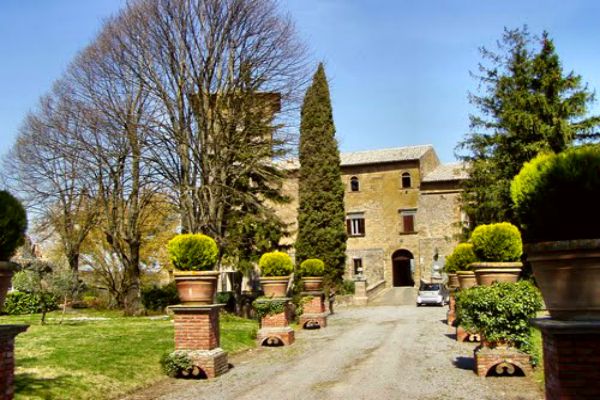 Its construction stems from traffic-control reasons, as the Castle overlooks the ancient Via Cassia, which was therefore dominated by its walls and, in particular, by its main 40-metre-high tower, the so-called “Maschio”. There are no certain dates related to its foundation, due to its name changing throughout the time and to the lack of archive documents, before 1200; however, judging by the state of the walls as well as by its architectural elements, it can be approximately estimated that the castle dates back to the 12th century.

Finest Orvieto Castle can host reception to 500 guest with a catering service. Symbolic and Catholic ceremonies can be held on the ground, meanwhile Civil Ceremonies can be set in the Town Hall of Orvieto.