Tuscany is usually thought of as a countryside destination, but it reveals a charming an unexpected coastline landscape. Dropping down from the north, the vast umbrella-pine woods and extensive dunes of the Migliarino – San Rossore nature reserve, east of Pisa, but it’s the southern Tuscan coastal region of the Maremma that offers the best mix of uncrowded beaches, relatively unspoiled scenery and good places to eat and drink. 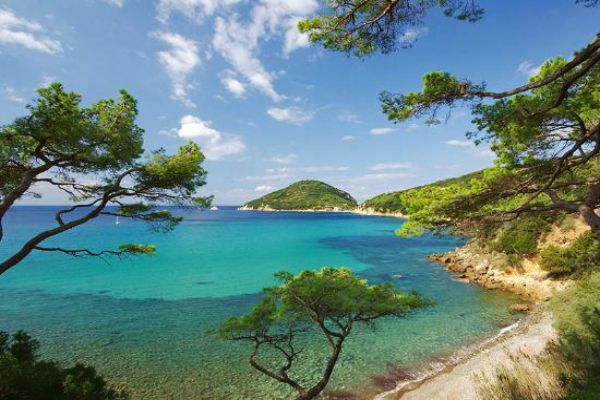 Starting from the Province of Massa-Carrara, situated on the border with Liguria and Emilia Romagna, and characterized by an extensive coastal area, also called Versilia, rich in tourist accommodation structures and modern sea resorts. A short distance from the sea, the Apuan Alps are a paradise for nature lovers and excursionists, both in summer and in winter, offering the possibility to stay in comfortable mountain refuges. The spectacular white marble caves in the heart of these mountains are unique in the world and reveal themselves as a gleaming vision before the visitor’s eyes. Entering the mountain’s heart, one can touch the same precious stony elements preferred by artists like Michelangelo and Canova.

The Versilia area is famous for its summer night life, and therefore the height of the season is during the summer. Visitors at any other period will not see the Versilia at its fullest and many establishments actually close down at the end of September. The beach in the Versilia is very wide and long – there is basically a kilometers-long beach that goes from Forte dei Marmi in the north to Viareggio in the south.

Along the coast, the surroundings of Livorno include some of the most popular beaches in all of Tuscany. From Antignano down to Rosignano the waterfront is actually reef but this does not discourage anyone from spending the day at the sea. The coast, known as the “Etruscan Coast” for the abundance of traces left by this ancient civilization, seamlessly fuses natural and cultural aspects. Amidst the pinewoods, long beaches, and cliffs lie well-known touristic spots, such as Castiglioncello, Rosignano Marittimo, Marina di Cecina, Marina di Bibbona and the captivating Gulf of Baratti and Populonia, all rich in history and precious archaeological artifacts.

In the southeastern corner of Tuscany lies the Province of Grosseto and reaches from the slopes of the Colline Metallifere to the border with Lazio, comprising the multifarious landscapes of the Maremma. The coastline between the Gulf of Follonica and the mouth of the Chiarone River offers sceneries of singular beauty dominated by pine forests and crystal-clear waters. Tourist destinations of international renown include Porto Santo Stefano and Porto Ercole, the two pearls of Monte Argentario – the green promontory stretching out to the sea and surrounded by a high and rocky coastline. It is connected to the mainland by the long sandy beaches.