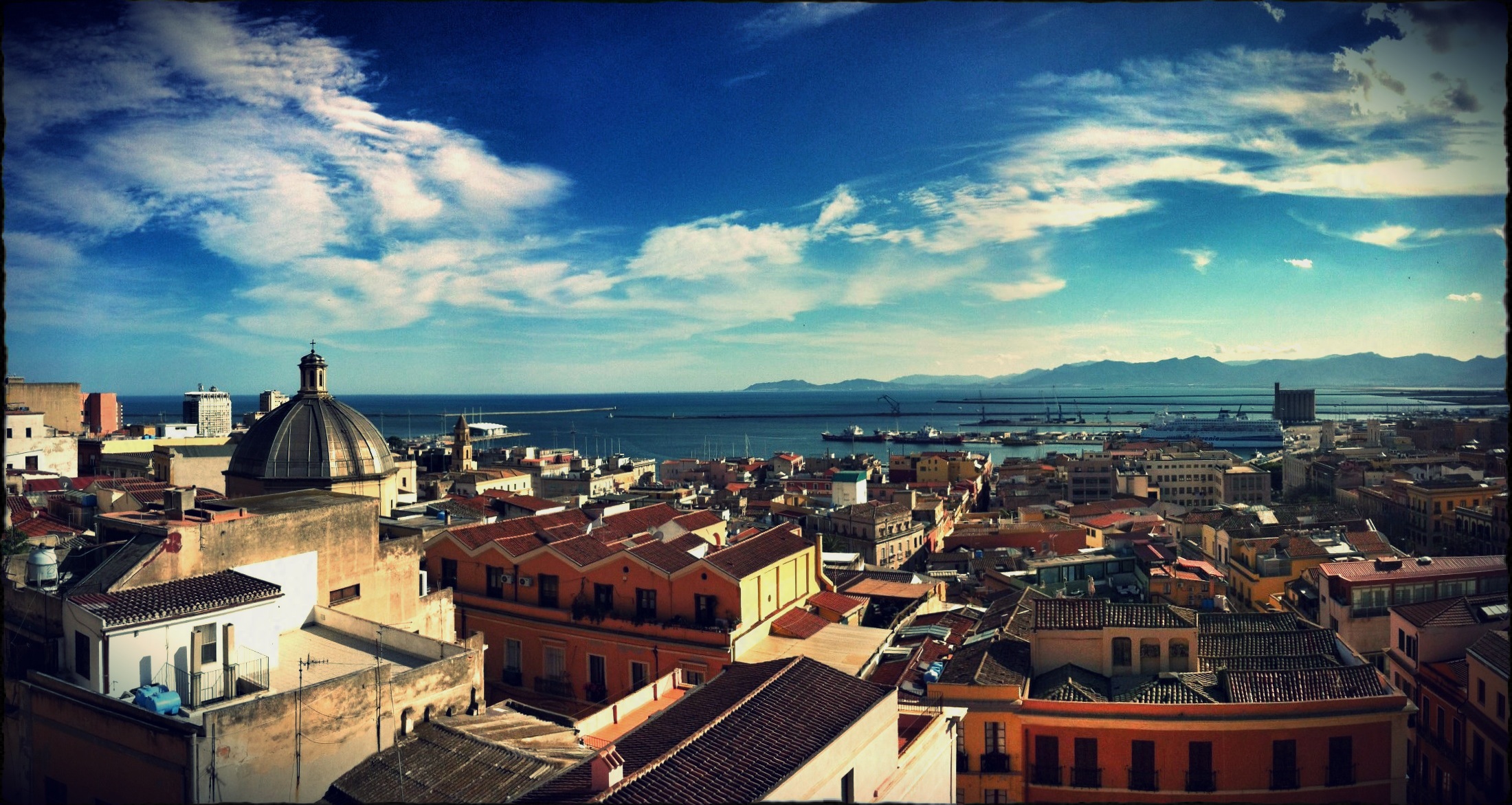 Cagliari, the county seat of Sardinia, founded by the Phoenician, is considered the heart of politics, culture, tourism and economic of the entire Region. This dynamic town on Sardinia beautiful southern coast, often referred to as the “City of the Sun”, is an enchanting place where stunning ancient buildings, left behind by different cultures, get mixed up with his modern buildings and lifestyle.

The historic center is characterized by a North African style, in contrast with the Romans and Pisans buildings. Here you can admire the archaeological sites or visit various museums, among which the National Archaeological Museum and his ample collection of Sardinian artifacts, or the art gallery exposed in the Cittadella dei Musei. Few steps away there is the Gothic cathedral of Santa Maria, made and modeled after the one in Pisa, and the amazing Bastione San Remy on Piazza Costituzione, from where it is possible to have a magnificent views over the fascinating landscape.

This beautiful town not only offers its incomparable panoramas, but also a large and unspoiled natural environment consisting of lagoons, bird sanctuaries, and wildlife reserves which are unique in Europe, between the sea and the rural inland. The colors and the light of the sun, that shines for most of the year, seep across the alley and streets, until its crystal-clear sea, where you can find one of the most beautiful beaches in the Mediterranean: il Poetto, Cagliari’s most popular stretch of beach spans from the Devil’s Saddle to the Margine Rosso.