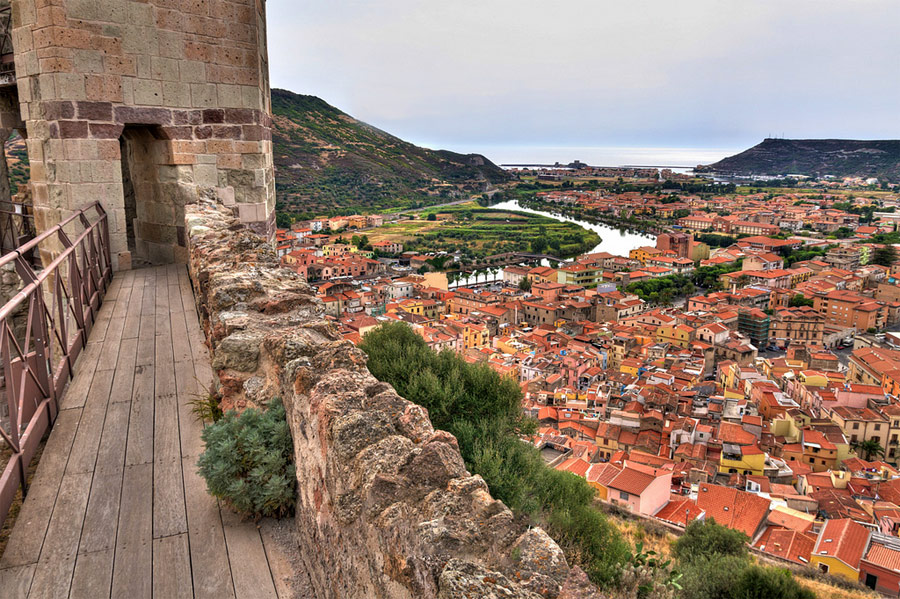 Twenty-five miles south of Alghero, along the western coast, is the beautiful medieval town of Bosa. Considered one of Sardinia’s gems, this romantic town is situated along the banks of the river Temo, Sardinia’s only navigable river, for about 5-6 kilometres, and surrounded by steep hills, overlooked by the imposing Castle of Malaspina.

Bosa presents itself as a pretty and romantic town, fascinating in its contrasts of colours, where the multi-coloured buildings and picturesque piazzas, fantastic restaurants, many of which are tucked away down winding, unpretentious alleyways, and laidback café bars are reminiscent of many towns along the Italian Lakes.

Beside Bosa, another area about two kilometers away and easily within walking distance from the town centre, called Bosa Marina,  has developed, which has become a popular tourist destination and seaside location, full of bars, restaurants, craft shops. Even in Bosa the processing of coral is very common; it’s an ancient tradition which dates back to the XIII century.