Little known outside Italy, Lake Iseo is smaller in the Lake Region but considerably quieter and more charming. It is located in Lombardy, northern Italy, between the larger and more famous Lake Garda and Lake Como. Like them, it is a long and narrow lake winding north-south and sheltered by mountains. 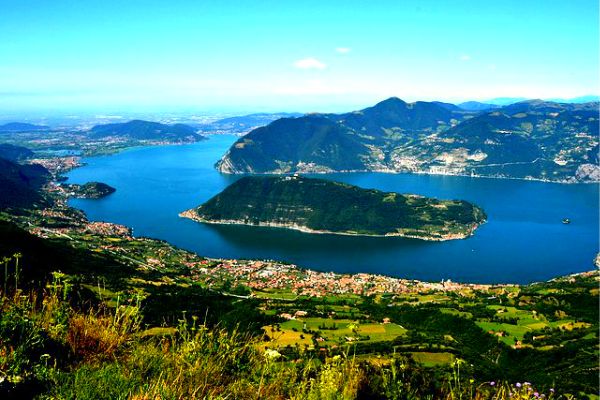 Lake Iseo is full of fish which are served at restaurants all around its shores. It’s also a richly agricultural area, with small vineyards, allotments and olive groves stuffed with abundance. Ancient chestnut groves are found on the little Monte Isola’s slopes, in the middle of the lake. Further north, Sulzano is a smaller settlement which is a base for exploring the island; there are ferries plying back and forth making the five-minute trip. 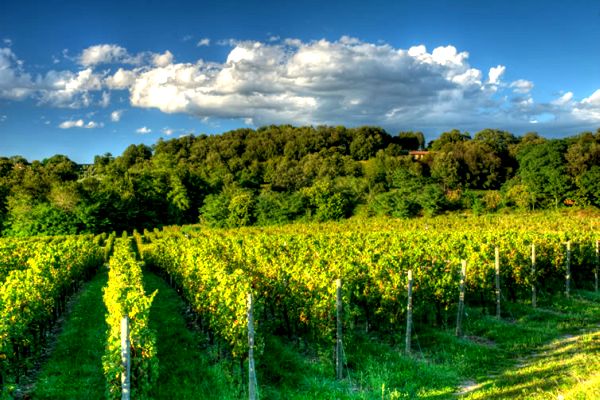 Franciacorta is distinguished by a unique territorial identity that occupies an isolated spot of rolling hills, moderate temperatures and calcareous and sandy soils.

Thanks to is favorable position set between the imposing mountains to the north and the Pianura Padana plains to the south, Franciacorta experiences dramatic variation between daytime and nighttime temperatures. This huge variance helps achieve balance between ripeness and acidity in the maturing grape clusters. Gentle breezes from the lakes help mitigate humidity and keep the vines aerated and healthy.

Since the post-war, Italian economic miracle has its origins here and the sparkling wines of Franciacorta are poignantly symbolic of northern Italy’s impressive economic strength.