Peschiera del Garda, whose Roman ancient name was “Acrilica”, still preserves evidences of its history attracting every year many visitors wishing to discover signs of the work of man.

It is situated on the most southern shores of Lake Garda where the lake flows into the River Mincio and it’s connected to the main railroad that makes transportation very easy for you and your guests.

The center of the city is truly fascinating, repleted with old buildings standing as an evidence of the battles which took place here.

Just nearby the port there is yet another historical monument, a bridge used in the past as a strategic manner of blocking the enemy to advance towards the center of the city.

Near the military defensive works you will find houses and religious buildings such as the sixteenth-century Sanctuary of Madonna del Frassino (Our Lady of Ash) visited every year by thousands of pilgrims. 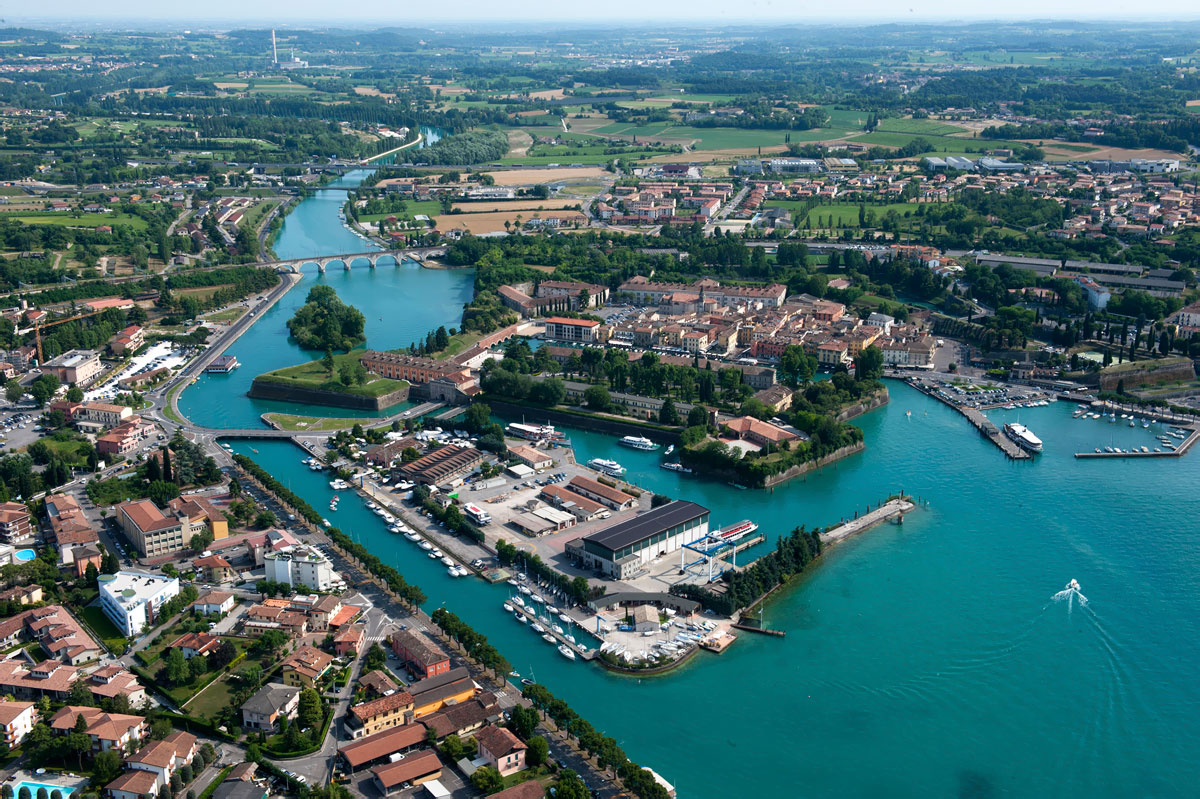 Besides it, Peschiera offers its visitors peaceful and relaxing moments in the natural environment surrounding it. In the oasis of the Laghetto del Frassino (little lake of Ash) and in the Mincio Valley crossed by a park having the same name, you will have the possibility of walking in contact with an unpolluted and luxuriant nature.

The stretch of territory reaching Sirmione from Peschiera is called ‘Lugana’ and it is well-known for the production of a wine having the same name…food and wine lovers would never want to leave!