Consecrated on 1313, the parish church of San Giorgio is a small masterpiece of the 14th century Lombardy architecture. Located in the main square, this is a basilica with nave and two aisles embellished by a rose window and a fresco portraying Saint Christopher. The flooring is entirely made by the black marble of Varenna. 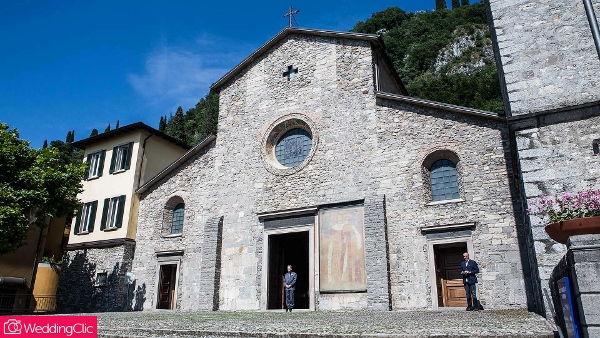 Beautiful frescoes adorn the inside of the church: the portrayal of hell on the counter-façade; two figures on both the columns, probably representing Saint Gregory the Great and Queen Teodolinda; the symbolic representation of the four Evangelists on the left aisle of the third vault.

The polyptych of Saint George painted by Jo Pietro Brentani in 1467 is a valuable example of Giotto’s art as well; meanwhile the baroque altar, with black and red marbles, was inaugurated on the 1822.

Saint Giorgio Church is very popular for Catholic Weddings above all, because this is one of the few churches of Lake Como which allow to marry the non – residents.