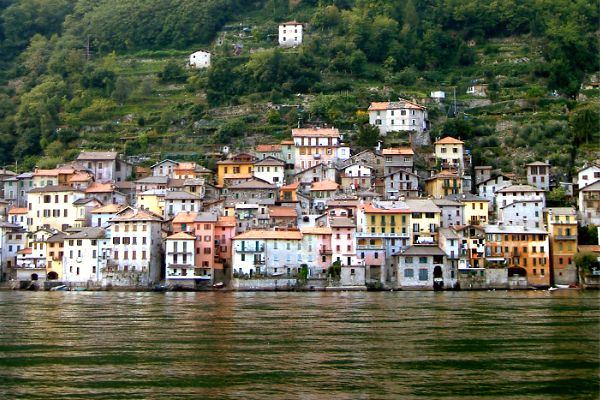 Brienno is a small village overlooking the western shores of Lake Como and is composed of a handful of houses clinging to the rock on a narrow strip of land between the wooded mountains San Bernardo and Briante. The origins of the village are not certain; were, however, found artifacts that make up the country at the time

The borgo is one of the most characteristic of the lake, remains unchanged with time with its ancient alleys, flowered balconies, narrow stairways called “carrugi” leading to the square “del Forno”, the Casaforte on the dock called the “Tur”, the old spinning mill near the pier.

Overlooking the lake is the church S.Nazaro and Celso parish rich in history and art, perhaps the church’s oldest Lario, S.Vittore also called St. Anne, and Madonna of Ronco placed in a beautiful location overview on a rocky outcrop in an area called “Puncett”.

Under the church square there is a fortification in the gallery, the First World War, belonging to the Linea Cadorna, dug for war purposes and perfectly preserved with wells mine, underground bunkers, utility rooms, unknown to most.