I always wondered: What is the most beautiful Love song ever?
Billboard give me an answer drawing up its ranking of the biggest ‘Love’ songs to ever hit the Hot 100! 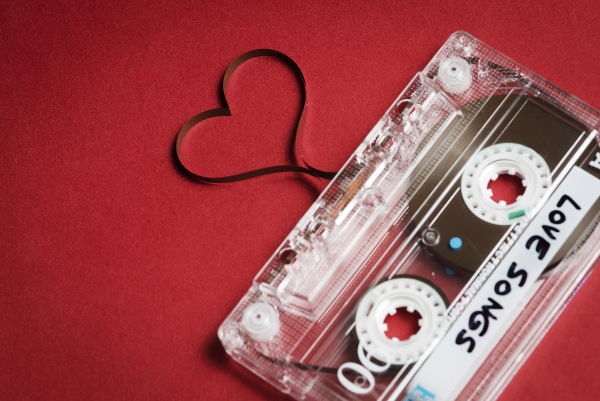 #10 – “I Can’t Stop Loving You” – Ray Charles
Hot 100 Peak: No. 1 for five weeks (1962)
Back in 1958, Don Gibson wrote two songs one hot afternoon in Knoxville, Tenn. – “Oh Lonesome Me” and “I Can’t Stop Loving You.” Four years later, Charles only needed to hear the first two lines of the latter before deciding to record it for his album “Modern Sounds in Country and Western Music.”

#09 – “Best of My Love” – The Emotions
Hot 100 Peak: No. 1 for five weeks (1977)
When the Stax label folded, the three Hutchinson sisters had to find a new home. They were signed to a production company run by Maurice White of Earth, Wind & Fire. With group member Al McKay, White wrote this song specifically for them and the lead voice of Wanda Hutchinson.

#08 – “Because I Love You (The Postman Song)” – Stevie B
Hot 100 Peak: No. 1 for four weeks (1990)
Songwriter Warren Allen Brooks says his No. 1 hit was a “spiritual song,” even if people think he was writing about love between a man and a woman. “It’s really about me and God having a personal relationship.”

#05 – “Silly Love Songs” – Wings
Hot 100 Peak: No. 1 for five weeks (1976)
1976 was a very good year for love songs achieving pole position on the Hot 100. First there was “Love Rollercoaster” by the Ohio Players, followed by Paul Simon’s “50 Ways to Leave Your Lover,” “Love Machine” by the Miracles, “Let Your Love Flow” by the Bellamy Brothers, “Love Hangover” by Diana Ross and the longest-running “love” No. 1 of the year, Wings’ “Silly Love Songs.”

#04 – “How Deep Is Your Love,” Bee Gees
Hot 100 Peak: No. 1 for three weeks (1977)
Barry, Robin and Maurice Gibb hadn’t seen the script for the movie that became “Saturday Night Fever” when they wrote “How Deep Is Your Love” for the soundtrack. They weren’t even certain that there was a love scene in the film. They intended the song for Yvonne Elliman, but their manager Robert Stigwood insisted they record it themselves.

#02 – “I’ll Make Love to You” – Boyz II Men
Hot 100 Peak: No. 1 for 14 weeks (1994)
When the members of Boyz II Men first heard Babyface’s composition “I’ll Make Love to You,” they were concerned about recording a song that was too similar to their previous hit, “End of the Road.” Nathan Morris explains, “The record company talked us into doing it and thank God it worked.”

#01 – “Endless Love” Diana Ross & Lionel Richie
Hot 100 Peak: No. 1 for nine weeks (1981)
Producer Jon Peters and director Franco Zeffirelli asked Lionel Richie to compose an instrumental along the lines of the theme from “Love Story” for their movie starring Brooke Shields. When Zeffirelli changed his mind and asked Richie if he would add lyrics, the Motown star agreed to write some. Then Zeffirelli made one more request – to add a female singer, someone like Diana Ross.

I personally LOVE number #1, and you? What is your favorite Love song???