The name of this medieval village derives from “Casttrum Abbatis” meaning the Castle of the Abbot, because the Abbot Costabile Gentilcore started its building on October 10, 1123. These lands had previously seen the presence of the Longobards and of the Normans, as well as that of the Basilian Monks fleeing from the Balkans.

After being converted to Christianity, the Longobards, who were devotees of St Michel the Archangel, gave the hill the name upon which the castle would be built. Under Norman rule the lands were reclaimed by the Benedictine Monks from Cava dei Tirreni and a fortress was built to defend the people from the Saracens raiding from their headquarters in Agropoli. The increase of business and trade made Castellabate the richest barony in Cilento. 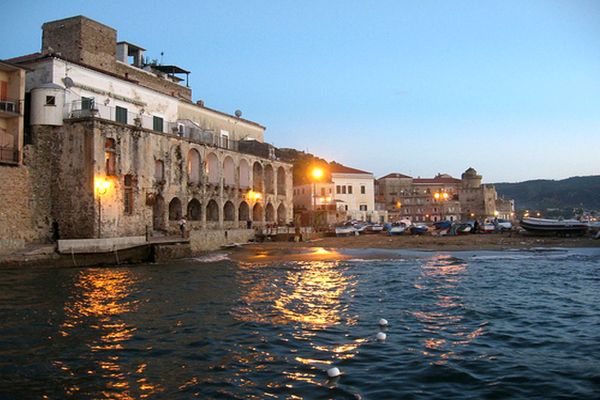 Now, its historical centre is included in the UNESCO World Heritage List within the ‘ Man and Biosphere’ program. The village still keeps the original medieval urban layout with its memories, art and natural beauty. 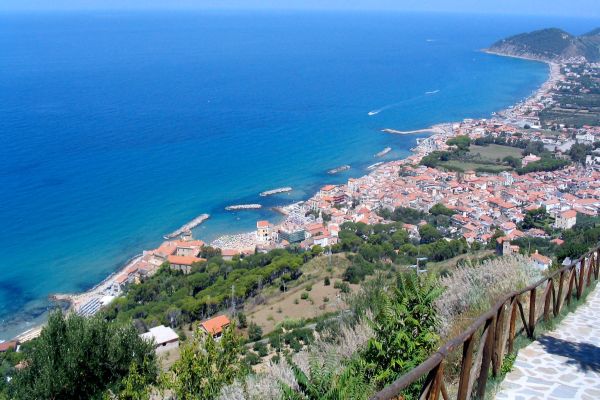 It is worth visiting the Prince of Belmonte palace, the villa down in the district of Santa Maria by the sea and then the charming view of the narrow alleys that lead to the rectangular square, wherefrom you can enjoy the breathtaking view of the valley and the sea. The square is surrounded by old houses that add beauty to this medieval environment with its impressive Castle. This fortress that was built to protect the people from the Saracen raids still keeps its solid structure. Its walls with the four round towers at the corners included houses, shops ovens and water cisterns within.

From there you can easily walk to the Santa Maria de Giulia basilica with its XV century facade and 4 floor bell tower. Its interior is divided into a nave and two aisles. This basilica keeps an anonimous XIII century painting featuring St Michael the Archangel victorious over Satan, as well as a polyptych with the Virgin and Baby sitting on the throne, with St. Peter and St. John the Evangelist by Paravino from Palermo (1472). It will be interesting to see the Rosary Church that is opposite this basilica; it dates back to the second half of the XV century. The’ Porto delle gatte’ in the little port of Santa Maria and the Perrotti Tower are also worth seeing.

In the San Marco district, a short walk from the tourist port takes you to the ruins of the ancient Greek and Roman Harbour and to the famous and beautiful Pozzillo beach. Only a few km from Santa Maria you can see Punta Licosa, one of the most beautiful and suggestive places of the Cilento coast with its lovely beach and wood.